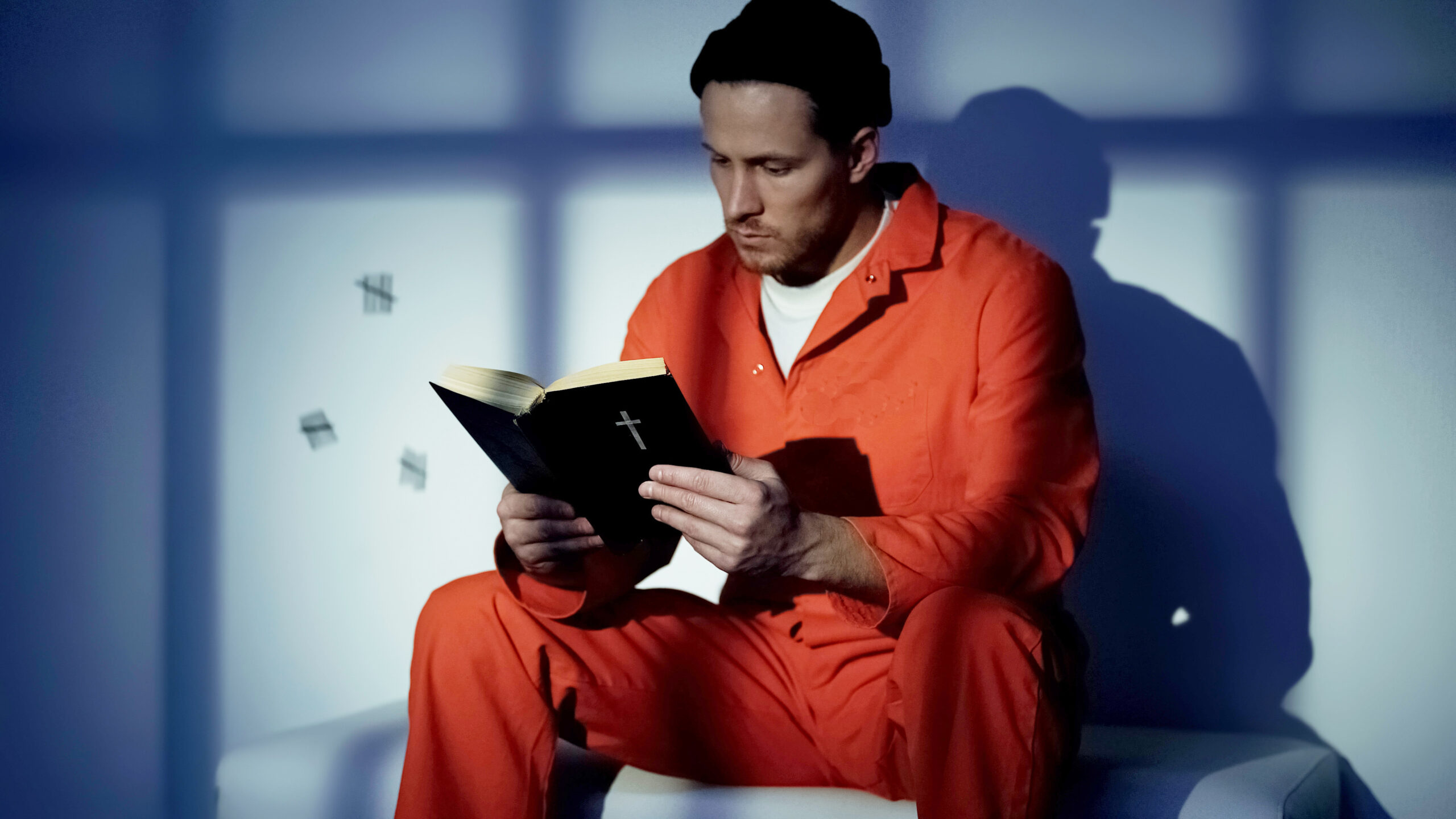 From incarceration to salvation

Appeal brings Christ to the captive …

The Archdiocese of Denver seeks to bring Christ to all corners of northern Colorado and that includes a message of salvation to people in prison.

The Archbishop’s Catholic Appeal supports deacons who administer the holy sacraments to men and women behind bars who may feel forgotten by the world and even by God. Their counsel with the imprisoned brings about opportunities for eternal salvation for “if we confess our sins, he who is faithful and just will forgive us our sins and cleanse us from all unrighteousness.” (1 John 1:9)

Deacon Hal Goldwire has spent three years walking cell to cell, inviting friendships with Christ. In his experience, salvation can come inside the size of 50 square-foot cell.

Goldwire recalls one visit vividly. He came to the prison on a day he hadn’t planned, and infirmary nurses brought him to the bedside of a middle-aged man who was going to die behind bars. The man’s arms were crossed on his chest and his breathing was barely noticeable. His brother sat quietly on the bed next to him deep in thought.

Goldwire asked the brother if the man who was dying had ever been baptized and the brother said “No.” The deacon became exhilarated at the opportunity to bring eternal salvation to this dying man during his last hours on earth.

“I said, ‘your brother tells me you’re not baptized,’” Goldwire said. “I asked the man, ‘did you know, that everything you’ve done can be forgiven and forgotten?’”

The deacon explained to the dying prisoner, that his actions that have hurt his mother, his brother, or any relationship and even the actions that landed him in jail, could be forgiven when he becomes a child of God. This was his chance for a clean slate, and what every Christian works for would be open to him if he became baptized.

Goldwire asked the man: “is this something you want?”

The man’s breathing began to quicken, his eyes flickered open with acknowledgement of the great sacrament he was about to receive, and he nodded “Yes,” to the indelible mark on his soul.

The deacon asked the nurse for the only container available, a Dixie cup of water. He returned to the man who closed his eyes while Goldwire blessed the water and administered the sacrament of Baptism.

“When I baptized this man near death, his lifeless expression turned into the slightest smile and a certain grace and peace came over him,” Goldwire said.

As Goldwire left the prison feeling emboldened by what had just happened, he met the mother and family of the man whom he had just baptized while they waited to enter the prison.

Goldwire introduced himself to the mother and explained that her son was just baptized.

“I also said, ‘there’s one other thing, I don’t know if this is good or bad, but he’s Catholic,’” Goldwire told the mother. “She erupted with elation because she had been praying for her son to come to the Lord for years. Just as St. Monica prayed for St. Augustine’s conversion, we always pray for our children.”

To support ministries like this, and more than 40 others, visit archden.org/GiveNow. 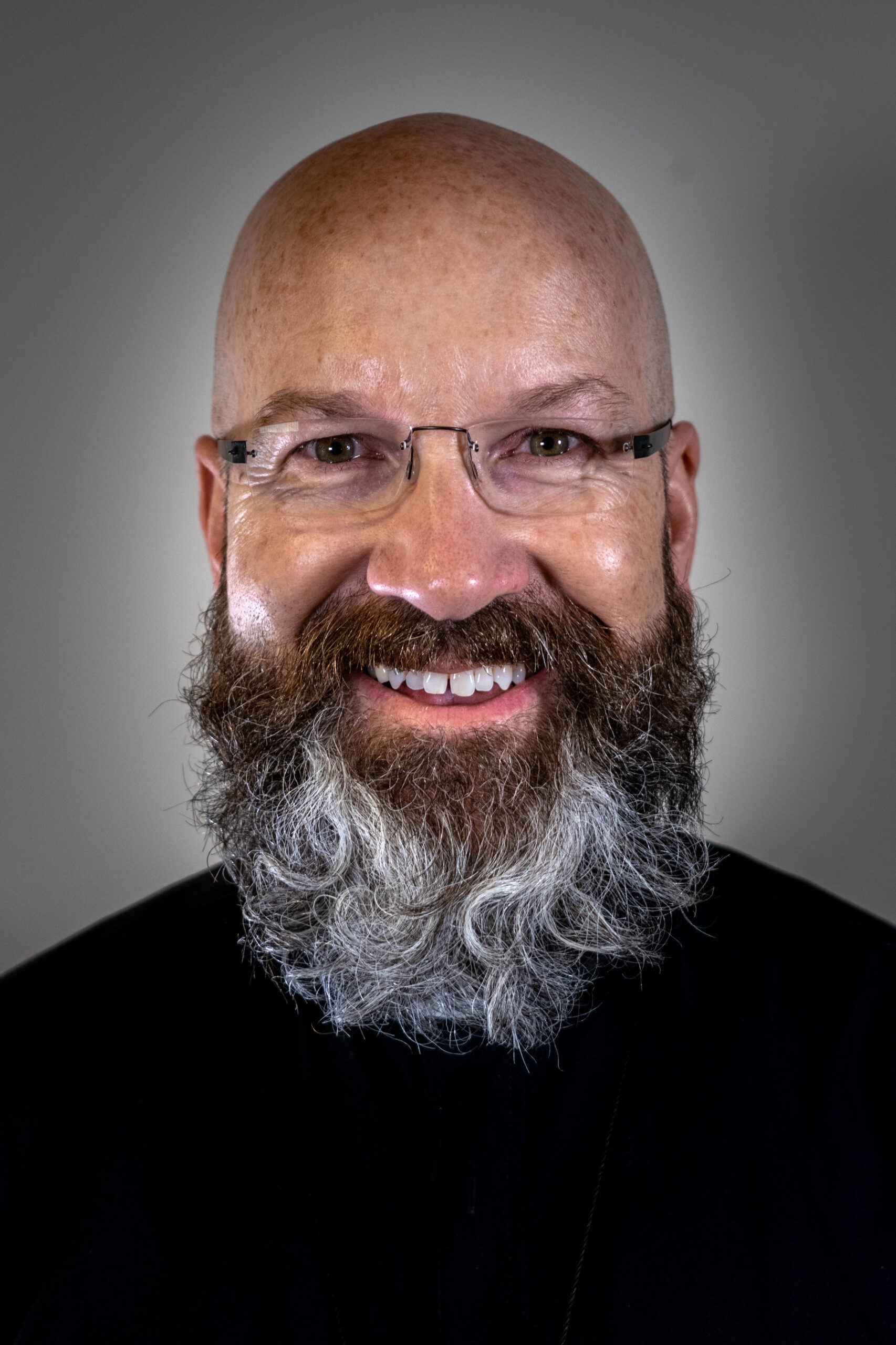 “When I baptized this man near death, his lifeless expression turned into the slightest smile and a certain grace and peace came over him.”